Not a lot of attention (beyond Greece) is given to the Byzantine empire, this is in part because after a brief flourish after the end of the Roman Empire in the West the tale of this civilisation is one of constant, steady decline. However while Western Europe was mired in many wars of invasion after the collapse of the Roman system, there was a brief “renaissance” of architectural, political and military prowess in the empire. The greatest emperor of this time was Justinian and it was he who took a gamble on a young warrior called Belisarius.

He started his career as a body guard to Justinian. He did come up with an early innovation to the cavalry by inventing the bucellarii. These were a new form of heavy cavalry which was not only armed with sword and lance, but had a bow too. This allowed them to be anything from a scouting force to heavy cavalry shock troops. This flexibility was to make them the best cavalry of the era.

However he was untested as a general so Justinian was taking a big risk in promoting him and in 527 AD put him in charge of the border forces with Persia. At the time Belisarius was just 27 and Persia had been the nemesis of the empire for centuries.

He smashed a larger Persian invasion army at Dara, when he was outnumbered 2-to-1. Belisarius anticipated the Persian attack and dug ditches in front of his army (which were then covered) this shattered that Sassanid (Persian) cavalry charge and crushed the numerically superior army. This was the first time in a long time that Roman forces had got the upper hand. This led in 532 to the “Eternal Peace” between the two empires (which lasted for only 8 years, but that wasn’t Belisarius’s fault).

He returns to Byzantine lands where he crushes a riot against Justinian in Nika. Then with just 15,000 troops he’s sent to destroy the Visigothic Empire of North Africa (centred on Carthage). Here he captures Carthage and defeats the Visigoths in open battle outnumbered at least 3-to-1. He returns home and is given a traditional “triumph”, all the other great Roman generals from Trajan to Julius Caesar would have been familiar with the ritual celebrations, Belisarius’s turned out to be the very last one ever held.

In 535 he’s sent off again, this time to bring Italy under the sway of the Eastern Roman Empire and captures Sicily in 535 and makes progress into mainland Italy in 536 including retaking Rome for the Empire.

He is so unstoppable that the Goths in Italy ask him to be their king (if you can’t beat them join them) and in a rare moment of humility for a great general…he declines. However this offer reached Justinian’s ears and Belisarius is ordered back to the empire’s heartland. In theory he had to assist with another war with the Persians in Syria but in reality Justinian was starting to fear the success Belisarius was achieving was beginning to even eclipse himself. To be blunt, it was but Belisarius throughout his career was a loyal general to the empire and there’s never been any indication he thought about taking it in a coup. This new Syrian campaign wasn’t a huge success but he did restore peace between the two empires. In the 540s the Goths recapture Rome only for Belisarius to return and kick them out a second time. At the same time he deposes the Pope that Goths had installed and brought in one that was acceptable to Justinian.

This second Italian campaign somewhat fizzled out in part because Constantinople and other provinces of the empire were hit by an outbreak of the plague, but again Justinian didn’t want his right hand man to get too big headed. So once again he is recalled to Constantinople. And once again there is another reason, this time it’s down to the Bulgars who are attacking Constantinople itself (in the coming centuries this will become a common occurrence) and defeats them too.

He then retired in his 60s from active military life having expanded the empire by nearly 50% this was to be the high water mark for Byzantium. But that wasn’t good enough for his critics who in 562 charged him with corruption. The trial was clearly politically motivated and unsurprisingly the old Belisarius was found guilty and imprisoned. Ince again Justinian changed his mind about the old general and Belisarius’s imprisonment was not long (another apocryphal version has him blinded and he becomes a beggar; but there’s no contemporary evidence of this). Justinian pardons him and once again he in favour at the imperial court

Politics to one side, on a personal note, it wasn’t all plain sailing for him either, his wife Antonina had a string of affairs (well he was away quite a lot being an awesome general- great for history and empire, but it doesn’t make you a loving husband) and Belisarius thought about divorcing her at least once but was stopped by Justinian. It would have created quite the scandal. After a few years of quiet retirement, Belisarius died in the year 565. He is one of the few generals to have fought successfully on three different continents.

Jem Duducu is an historian and the founder of the hugely popular @HistoryGems . He is soon to publish his next history book.
Previous Extradition – A Very Brief History
Next When Women Ruled Europe 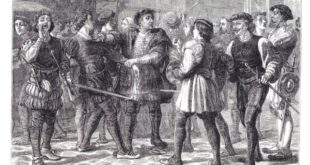 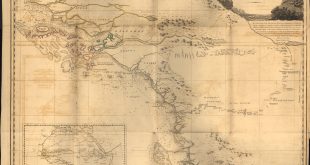