JAMES TAYLOR REVIEWS ‘CHURCHILL AND THE KING’ BY KENNETH WEISBRODE

In the spring of 1940, the Phoney War came to an abrupt end. Under the alarming assault of the Blitzkrieg offensive, Hitler’s army invaded Norway, Denmark, Belgium, France, Luxembourg and the Netherlands in quick succession, and the countries of Western Europe fell with lightning speed. Suddenly, Britain found herself alone against the might of Nazi Germany. The course of these events, and the extremely precarious position they left Britain in, is shocking to us today. It was only seventy years ago, and so well within many people’s memories, but for most of us this is a catastrophic turn of events not only distant in time, but utterly alien to our own experiences.

From this darkest of hours emerged, as Kenneth Weisbrode describes in his highly readable account, one of the great wartime alliances, but one which history has largely overlooked: that between King George VI and Prime Minister Winston Churchill, who assumed office in the political crisis that engulfed Britain as Europe capitulated. Of course, both men have been written about extensively, and for both the Second World War is their defining moment, but each is usually given only the smallest of walk-on parts in biographies of the other. Weisbrode sets out to correct the balance, arguing that while they were an unlikely pair thrust together by circumstance, their interdependence became paramount.

Setting out with a thought-provoking essay on the nature of leadership, Weisbrode draws a series of parallels between the two men’s lives. The future King George VI had the audacity to be born on Mausoleum Day, the anniversary of his great-grandfather Prince Albert’s death and as second son was not expected to succeed the throne; young Winston was several months premature and was ill from the start. Both had somewhat remote mothers and were closer to their nannies. Both entered the services, and were thrived in the forces. Yet their differences seem more pronounced, and Churchill’s support for King Edward VIII during the Abdication crisis of 1936 hardly augured well for a future partnership with the younger brother who unexpectedly found himself on the throne.

Their early meetings seem to have been awkward. “Winston is difficult to talk to but in time I shall get the right technique I hope”, wrote the king in his diary. But from these inauspicious beginnings grew a relationship that seems to have been genuinely warm, even affectionate, and built on mutual admiration. Protocol would, of course, dictate a certain deference on Churchill’s part in his letters to the King, but his sentiments certainly seem more genuine. “Your Majesty’s treatment of me has been intimate and generous to a degree that I had never deemed possible”, he writes to the King in January 1941 in reply to a letter in which the King wrote with his best wishes for the New Year. “I have so much admired all you have done during the last seven months as my Prime Minister, & I have so enjoyed our talks together during our weekly luncheons”.

The one serious disagreement between the men seems to have come in 1944 when the King (together with several key advisers) urged Churchill against his initial plan of watching the D Day invasion from one of the cruiser squadrons. As Weisbrode explains, it is telling of their relationship that the King chose to appeal to Churchill’s friendship in attempting to persuade Churchill to remain safely away from the action; Churchill’s reply is deferential to his monarch, but his tone cannot disguise his irritation and the letter is devoid of Churchill’s usual warm flourishes.

What exactly, though, was the King’s role? It’s hard to establish his impact on Britain’s war effort, or the value of his counsel to Churchill if we don’t understand the extent and limits of his authority. Judging by Weisbrode’s analysis, it’s clear that the King’s political influence was more overt than that of his daughter, Queen Elizabeth II, but more restrained than of his father George V who had meddled in party politics and questions of policy. As Weisbrode concludes, “there is not a single major decision or policy that Churchill and his government changed solely on [George VI’s] advice or only to satisfy him. He was no hidden hand, nor sought to be one”.

This is not to say that the King wasn’t influence. During the royal tour of the United States in 1939, the King and Queen had laid the diplomatic foundations for Churchill to build the alliance with the United States that would transform the course of the war (and indeed global politics long afterwards). Weisbrode argues that the King also played a vital role in augmenting Churchill’s authority, helped him clarify his thinking and strengthen his spirit. Churchill could cut a lonely figure: revered by history, he was frequently cast by his contemporaries as the outsider in British politics and was distrusted by many. His grip of the Conservative Party he led was never absolute; the King recorded that having to face a vote of no confidence in the Commons in 1942 had made Churchill “very angry” (although he won it comfortably).

Unfortunately while letters between monarch and prime minister survive, along with the king’s diary entries, most of what passed between these two leaders is left unrecorded. Their weekly lunches at Buckingham Palace, instituted in September 1940, and frequently conducted in the palace air-raid shelter, must have been the only time in the week that Churchill could speak his mind to someone who was well briefed but without political agenda. So too often Weisbrode is left drawing parallels between their lives rather than being able to substantiate the narrative with new source material. Nevertheless, we are left with a vivid glimpse into a personal dynamic that was at the very heart of Britain’s war effort.

Kenneth Weisbrode’s book is available to buy from Amazon: Churchill and the King: The Wartime Alliance of Winston Churchill and George VI

About the Author… James Taylor is a writer and television producer. He is the co-author of the bestselling books Spitfire Ace and Bomber Crew and has worked on historical documentaries including The Wildest Dream, Munich: Mossad’s Revenge, Secrets of Egypt and Carthage: The Roman Empire. Through his company Altogether Media (www.altogethermedia.co.uk), he brings together co-production and distribution partners for factual television and media projects.

James Taylor is a writer and television producer. He is the co-author of the bestselling books Spitfire Ace and Bomber Crew and has worked on historical documentaries including The Wildest Dream, Munich: Mossad’s Revenge, Secrets of Egypt and Carthage: The Roman Empire. Through his company Altogether Media (www.altogethermedia.co.uk), he brings together co-production and distribution partners for factual television and media projects.
Previous Five Minutes With… Dr Miranda Kaufmann
Next Dr Joanne Paul on the plight of St Pancras Old Church 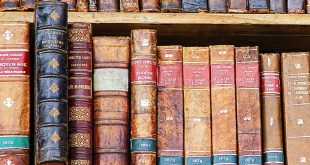